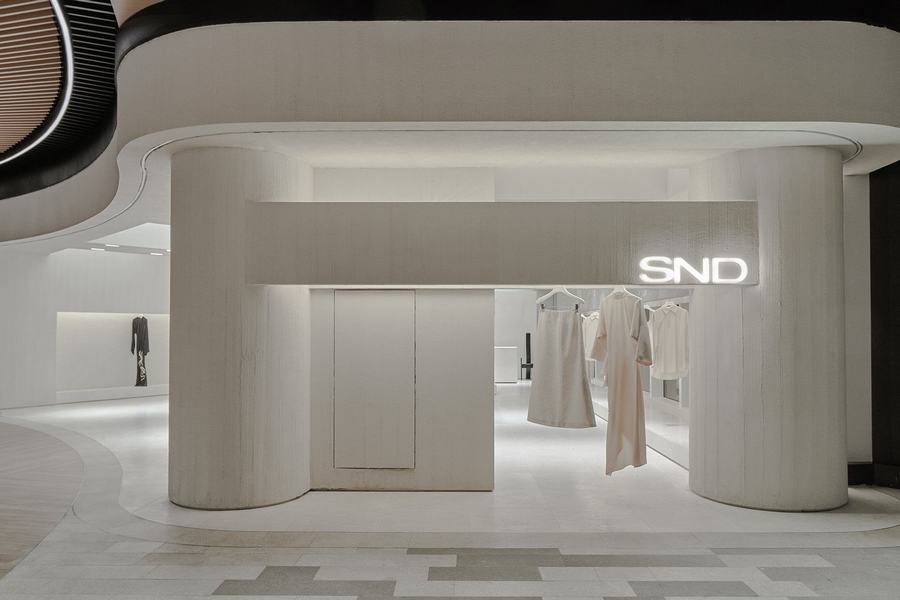 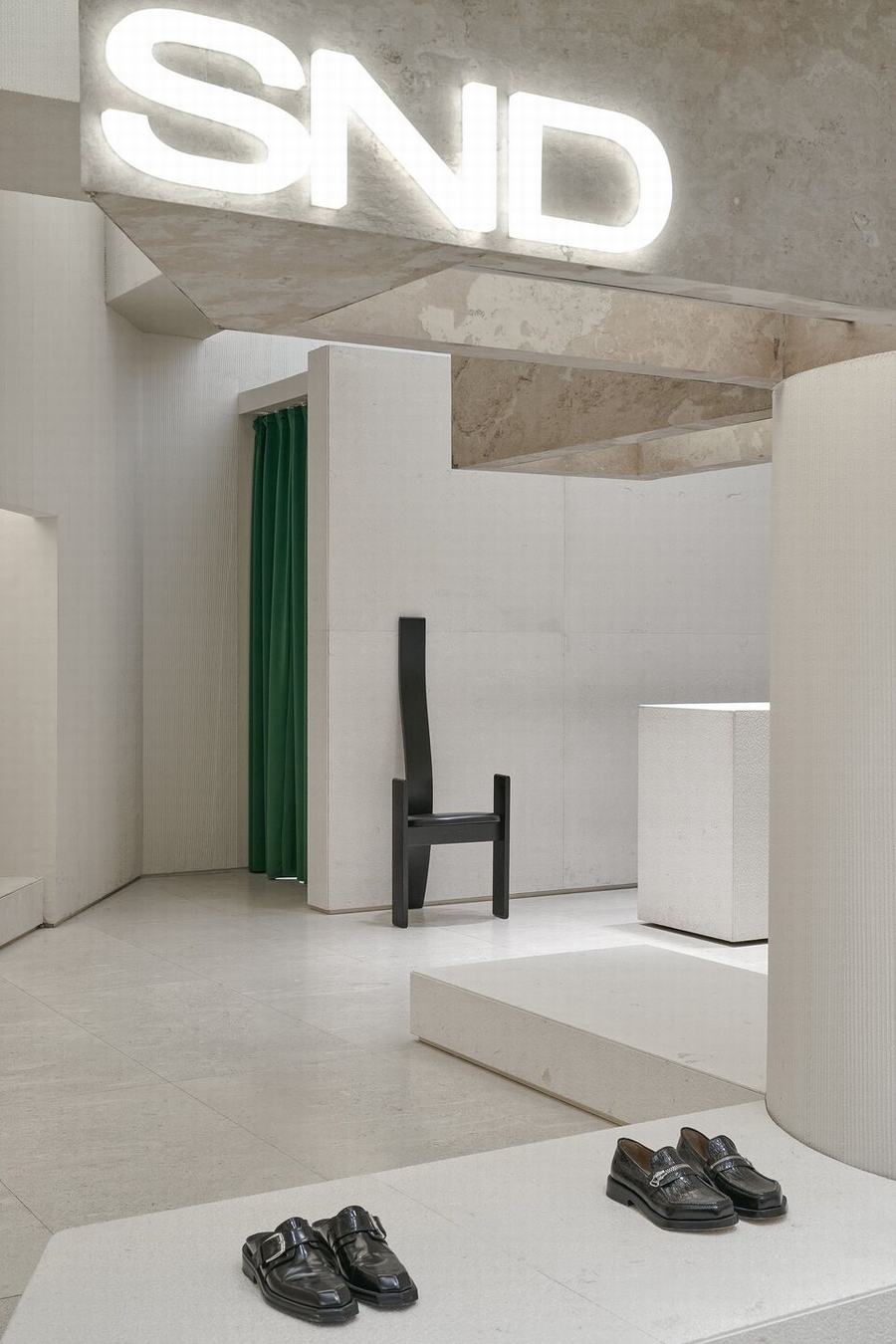 For various associates, space aesthetics is more than just beautiful appearance. According to the design practice, a good design should not only support the operation of the space, convey the emotion and brand character, but also take root in the city and influence the local culture. Versace has designed a new boutique for the pioneering multi brand fashion supplier snd in Taikoo Li, Qiantan. Although the space scale is limited, the store shows its unique identity and solemn posture in one of the most prosperous shopping destinations in Shanghai. It conveys the brand's independent attitude of not following the tide and not being defined by common standards. 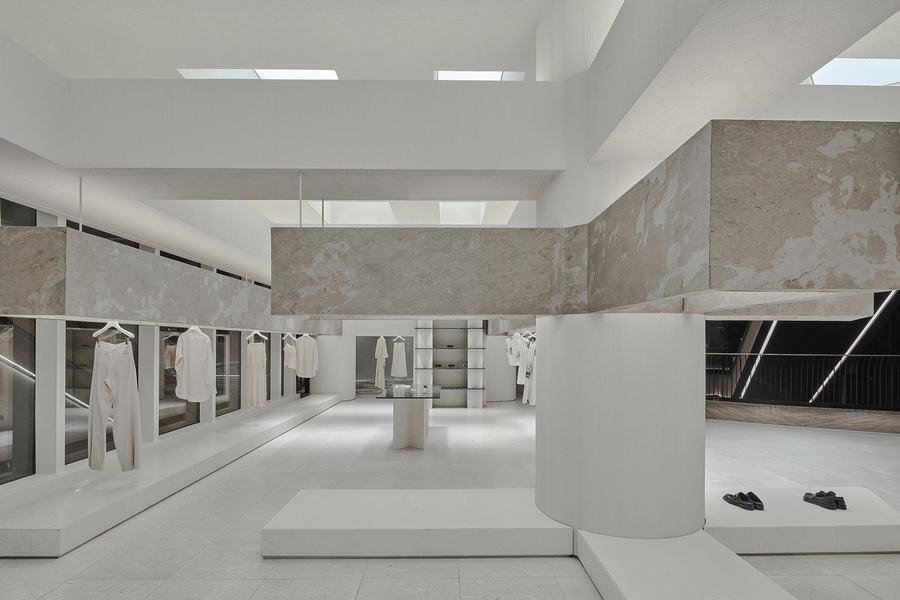 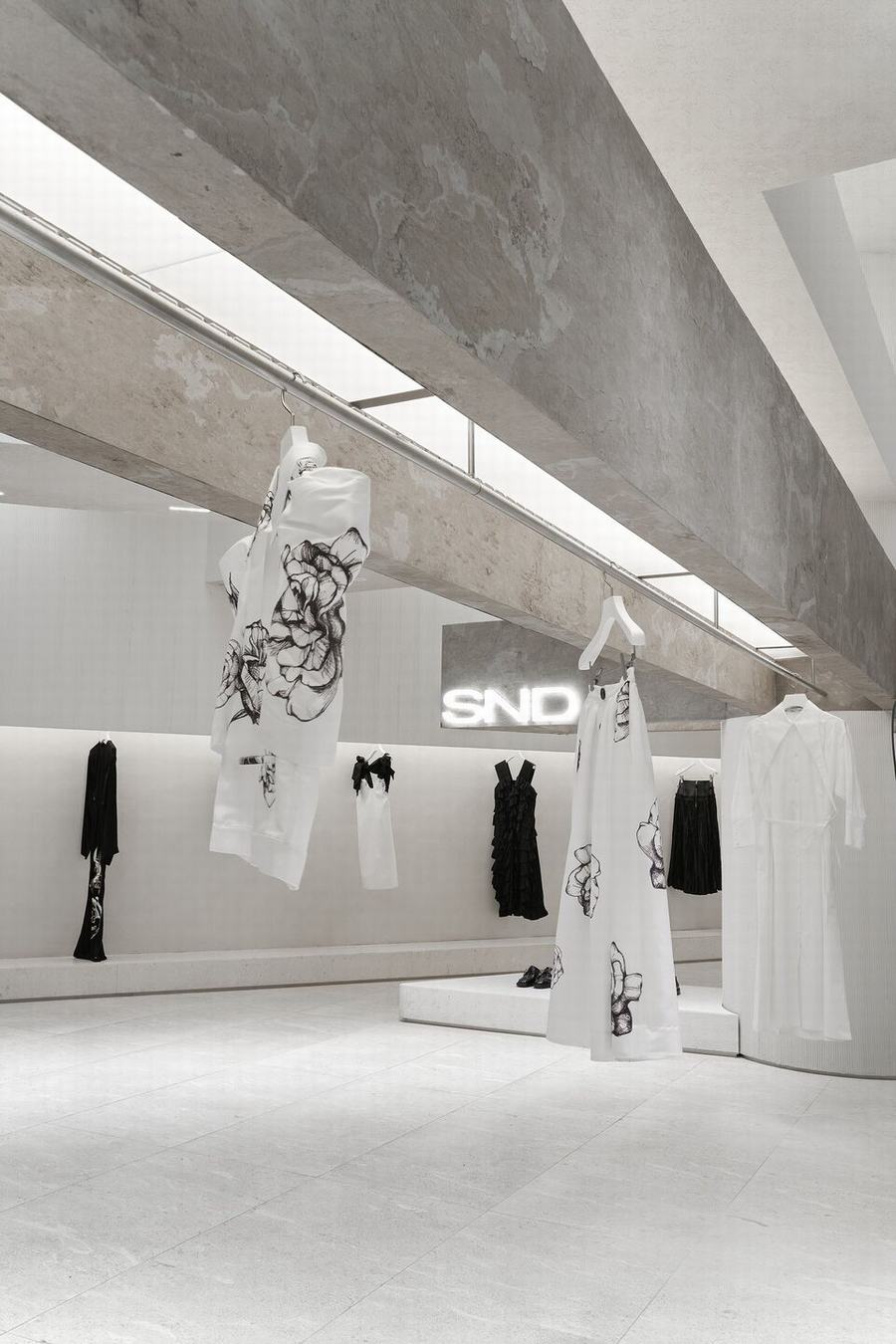 The site covers an area of about 136 square meters and is crowded with a boutique fashion shop, introducing products of hundreds of brands. The ceiling height of the original space is relatively favorable. The store needs to be open to the shopping center inside and the windows facing outside. According to the situation of the site, vancal associates intends to create a space with a sense of hierarchy, architecture and art, so as to continue the genes of other stores they conceived for SND. To this end, the design team created several layers of suspended beams in the space, which were inspired by the rough texture and broken aesthetics of the ancient temple in the desert. The simple and powerful structural relationship on the horizontal and vertical levels ensures the permeability of the space, and also strengthens the depth of the space and the priority system of commodity display. 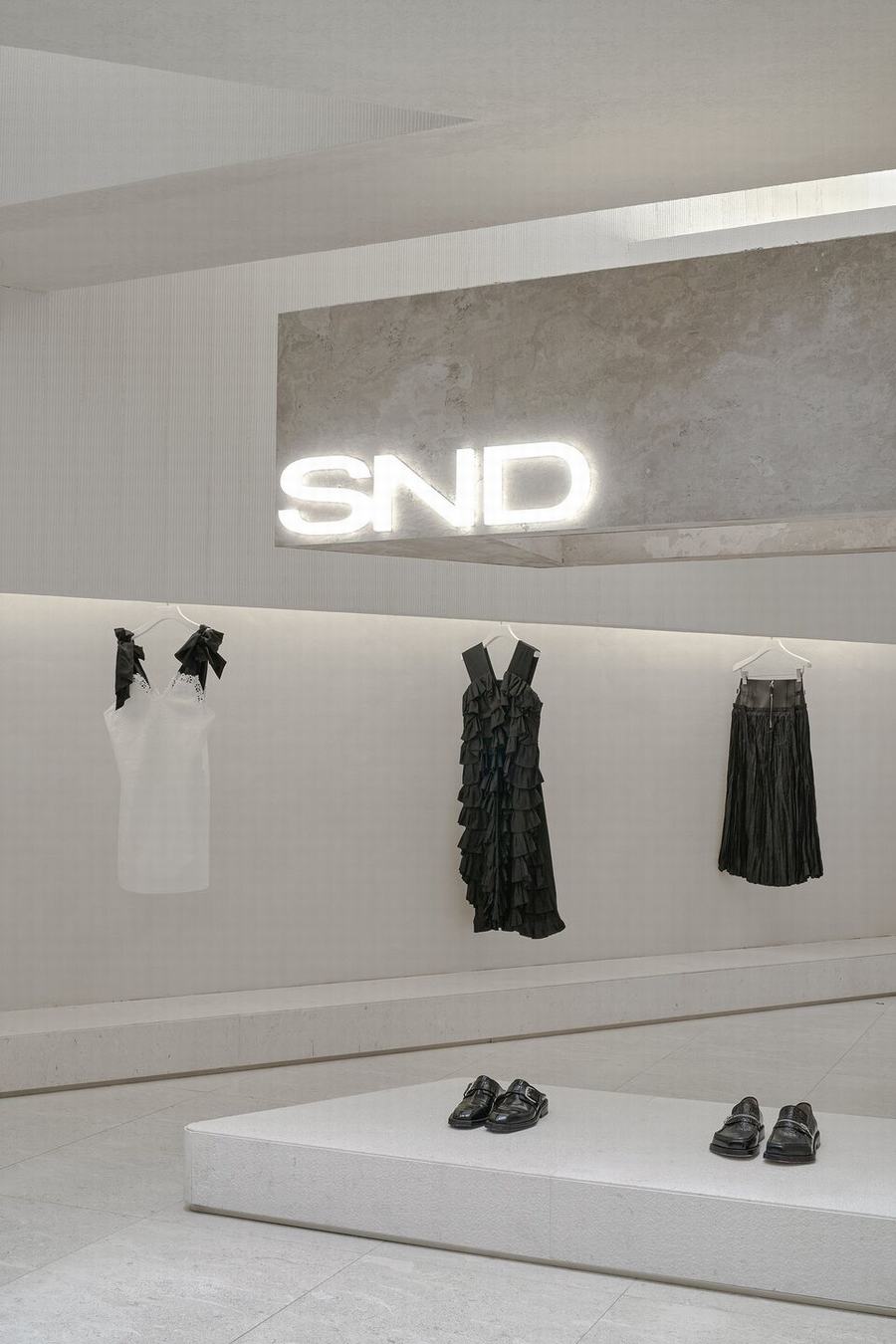 The beams and columns on each floor make full use of the height difference to expand the space visually. In addition, the pipes and lamps are cleverly arranged and hidden in beams and columns, which is a major difficulty of the project. The form design conforms to the functional requirements, follows the coherent logic, and takes the structural aesthetics as the form of expression, thus creating a space combining rationality and sensibility. In the material scheme, the coarse light color texture coating is used, which reminds people of the ground paved with beige stones in Europe. In addition, the ultra-thin stone veneer of the suspension beam presents a contrast of texture and a solid and rough feeling in the soft light color tone. 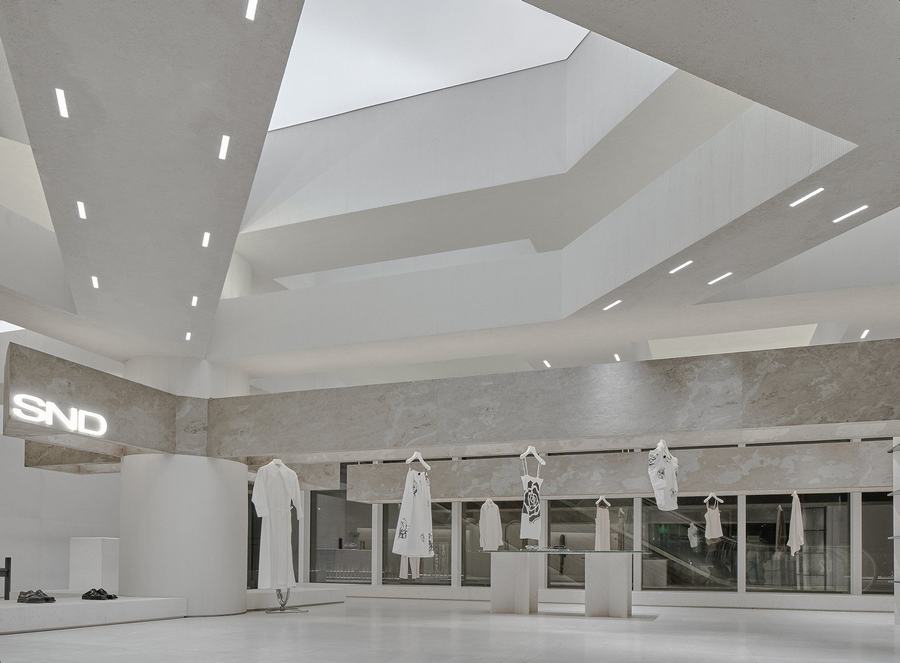 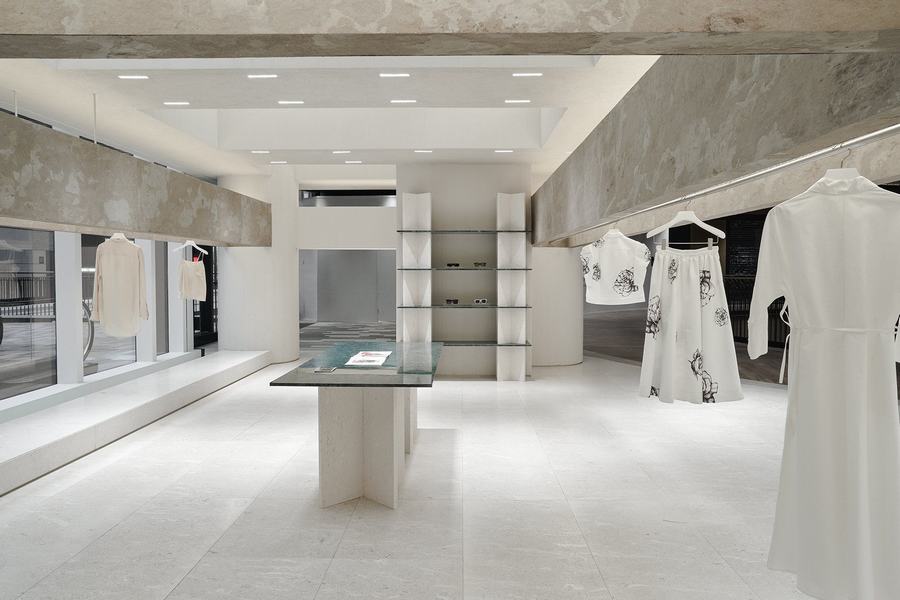 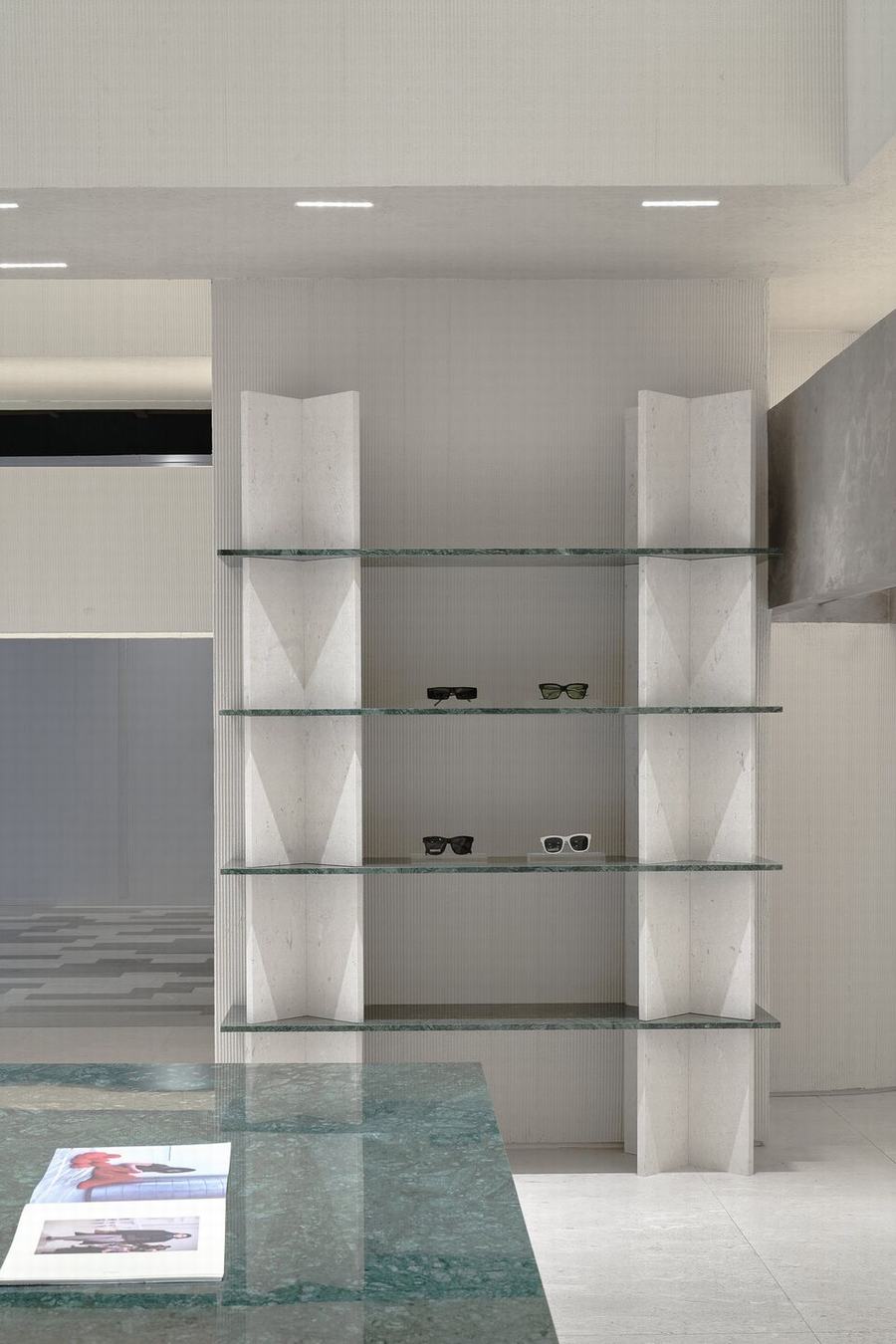 An orderly sense of hierarchy runs through the whole place. The layered structure of different heights guides people's sight, provides a comfortable visual experience, and turns the originally complex ceiling system of lamps and mechanical pipes into the characteristics and highlights of the space. The smooth green slate with low saturation forms a delicate balance with the rough and pale walls and beams, which together add an elegant and original feeling to the space. 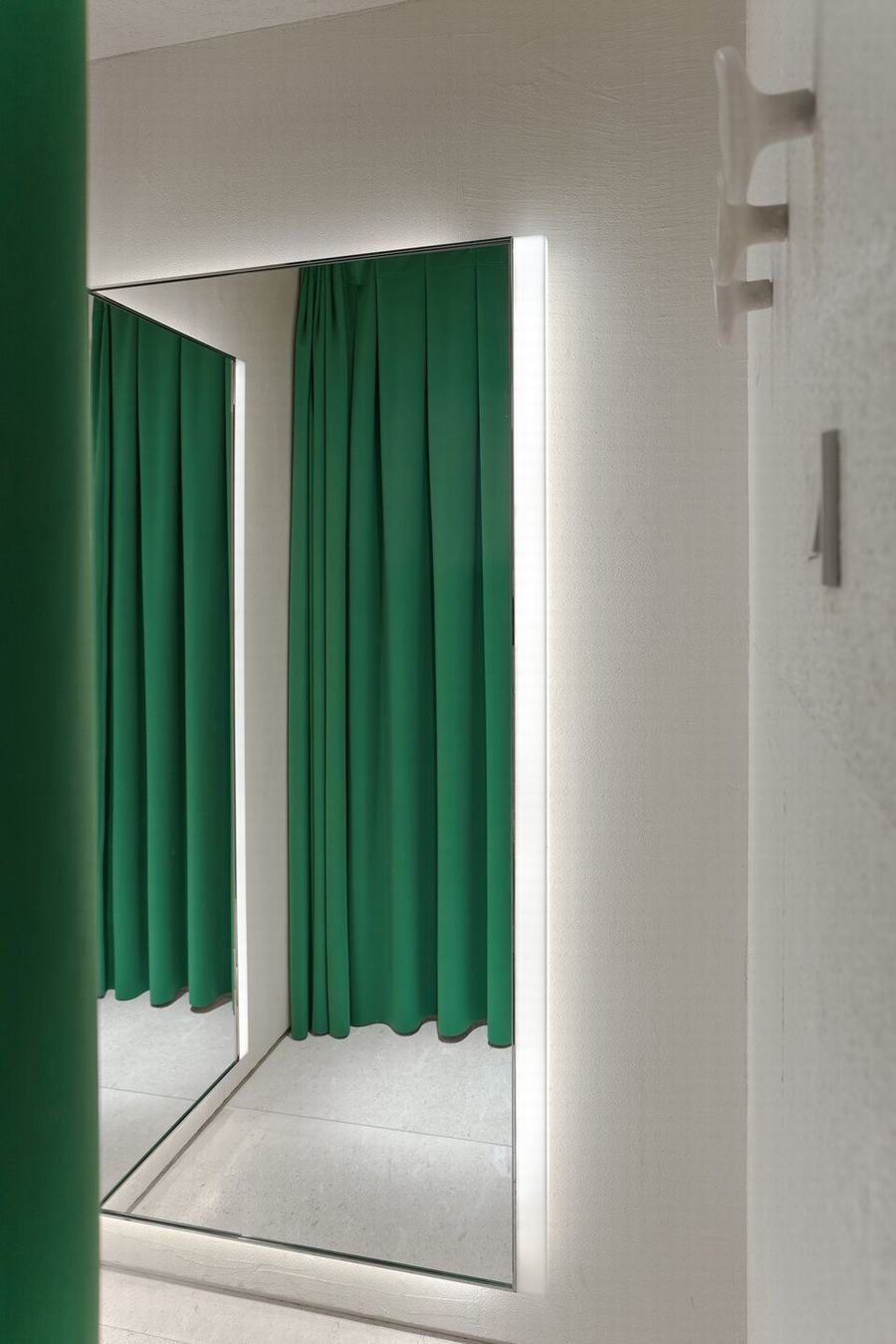 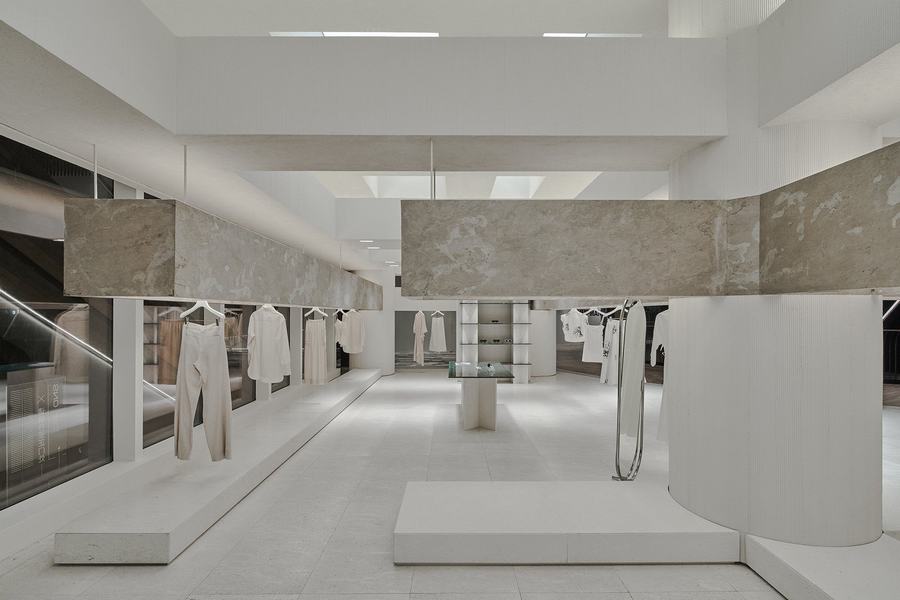 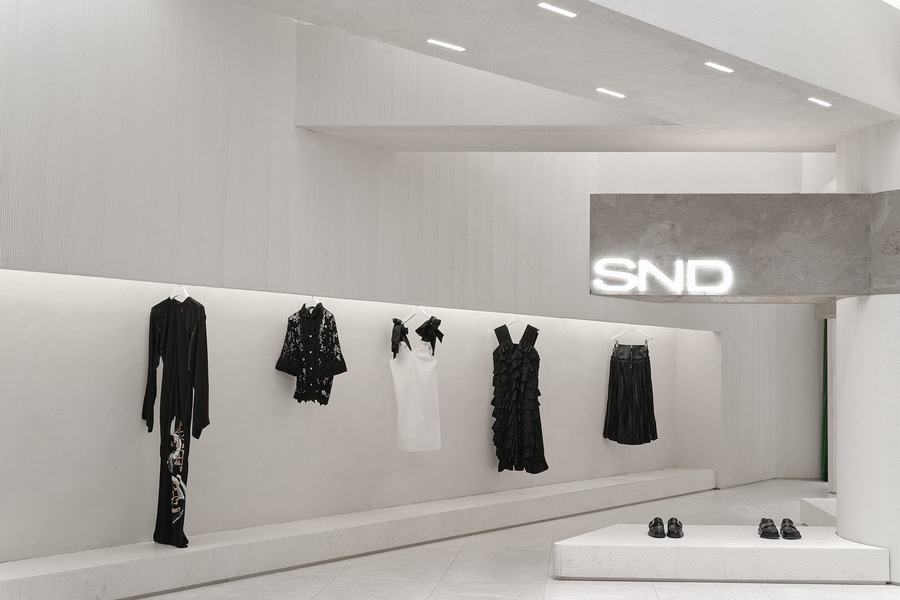 The fitting room behind the cash register is hung with green curtains, which, against the backdrop of white light-emitting panels, is like the tenacious plants in the desert, injecting fresh vitality into the space. At present, it seems that the most popular choice is to publicize the unique space form, but snd is more inclined to show rational and low-key introversion in its retail space. In addition, vancial associates also intends to maintain logical thinking in design creation and strive to create an eternal aesthetic space that conveys brand emotion and personality, regardless of the trend. After all, products should always be the protagonist of retail space. 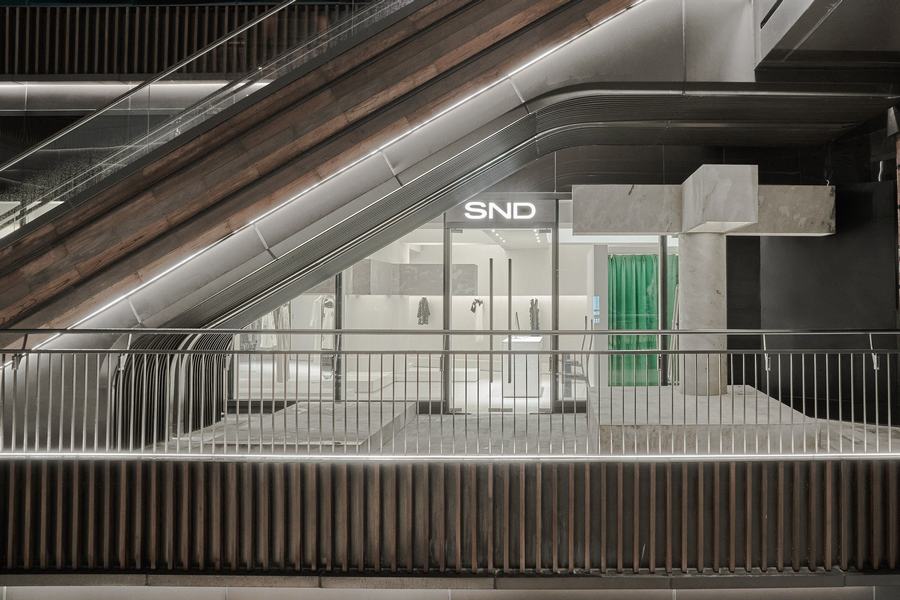 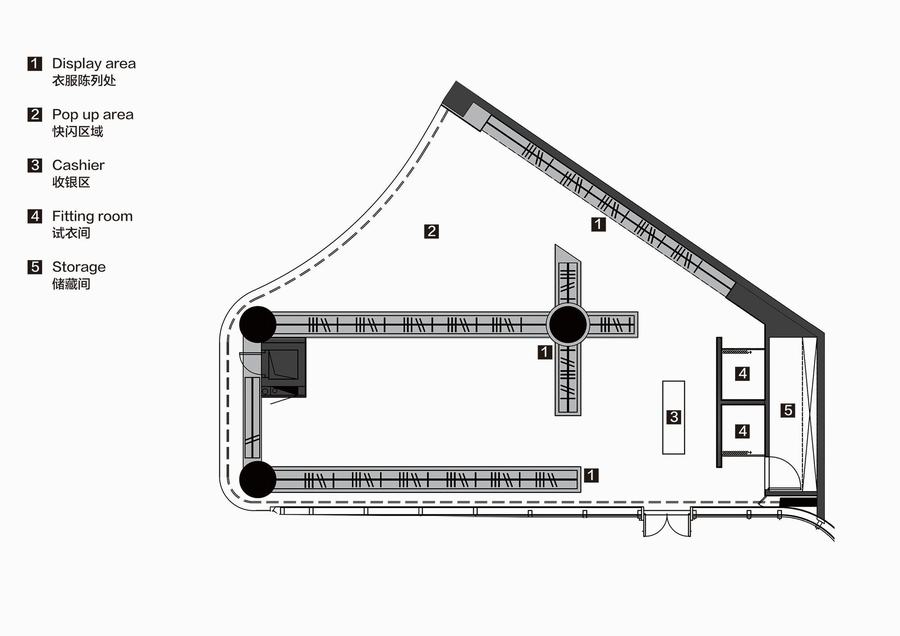 you have any questions, please consult seeposh.
The information comes from the network. If there is infringement, you can contact to delete it

In commercial lighting, how to consider the quality of lamps from an optical perspective?
Structural analysis of commercial LED lamps. Do you know all the functions of each component?
Lighting Design Case Effect of Four Seasons Hotel in Sao Paulo, Brazil
Five Skills of Lighting in High end Fashion Shop to Improve Sales
GIORGIO ARMANI opened a new boutique in Milan, come and watch the design effect
What lights are used in jewelry stores, watch shops, and commercial buildings?